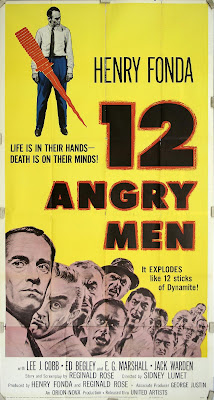 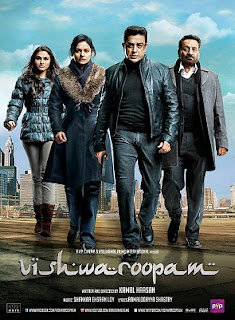 These are just spoilers,if you haven’t watched vishwaroopam yet,Don't go further.Let me get to core of the movie.Right fro...m first scene,
Kamal uses pigeon to paddle the boat ;Pigeon signifies peace,and so it does in the film too, it signifies peace loving 'Muslims',or "ISLAM THE RELIGION OF PEACE".Many believe "People gotta have some global knowledge to understand Kamal's film".

When I saw the first time I never realized,but after i had come to home i realized,film does not start with the Nirupamma's narration ,rather the story starts right immediately after the title.

While title credit goes on at the back ground,one can notice pigeons in their own cages until a man/terrorist walks in, feeds (thoughts of Jihad) those pigeons. He chooses a white pigeon and sends it,and it ain't white anymore,it has some black spots on it; It symbolizes Muslims are brainwashed to Jihads; the black spotted pigeon flies across Wall street,and lands at charging bull; Charging bull implies aggressive financial optimism and prosperity of the American economy at Wall Street,i guess; Kamal tries to explain how terrorists had brought American economy down by bombarding Twin tower,and post military,and army expenses which brought down America's economy.

Coming to the main plot,film was banned at many places during the initial release,because Muslims thought the film had had scenes which were offensive to their religious practices,and their religion,but the film proves jihads have got wrong perception over Koran,and they follow Islam in a wrong way.

1) The scene where boys dance wearing female attire to entertain the public,Omar and his men destroy the dance and give punishments to all those boys as it’s a sin but the same Omar allows his son to wear burka to demolish few of the American's tanks.This shows Omar and his men do not follow or do not know what the true meaning of Islam is. They ain't Islams; they just use Islamism as a Blanket/coverlet to justify their opinions.

2) After the damage done by the US army,Severely wounderd Omar asks Wisam(Kamal) why is "OUR RELIGION" treated this way? Why Muslims are being tortured so much in this world?Why should we shed tears? Wisam replies "WE ARE JIHADS" (replacing "religion" to "jihads" from Omar's question) we are not meant to shed tears,but to shed blood. "You have answered your question in your question itself, if there were a fight there, would be some death too" .Omar,the jihad does not know the difference between Islam and the Jihad,But Wisam explains it clearly.Muslims shed tears,jihads shed blood.Muslims take not violence as their weapon at any cost.

3) It's unfortunate that terrorist are Muslims ,and they strongly believe in God.They believe,they kill people for the betterment of Islam.Omar and his men pray before any killings or bombings.In the end, Abassi,the Nigerian prays to god before the sets the bomb,Omar and Salim pray before the detonation too.So does Wisam; when a FBI officer (Israeli) asks Tom,what is Wisam doing? he says "he is praying for you".Israeli asks "God Vadim"? Tom replies "Exactly, except it is in Arabic version" So Wisam, the Muslim prays for that Israeli too.These three guys pray to the same god,but their prayers differ.Director portrays the difference between the real Muslim and a terrorists who use Islamism as a blanket.Also one can connect Israeli and Palestinian wars when Tom answers Israeli's question.

4) I believe there's a scene in this film where a Muslims shaves all his hair from the body.I happened to notice,many didn't understand,why does he shave all over his body.It's an Islamic tradition to cut nails,remove all pubic hairs from the corpse.According to the Islams one's gotta be clean before he enters heaven.He knows he's gonna die,when he detonate the bomb; he does not have any one to do the spiritual activities,so he removes all his pubic hair by himself.Jihads believe,if they kill Tom,dick,and Harry,they shall go to heaven.So they're prepared for all the things.Even Wiz (kamal) shaves his pubic hair (After the interval scene),because he knows he may die saving the New York people.So in order to go to heaven,he shaves his pubic hair.Both the Abassi and Wiz do shave their hairs,but for the different reason.One of the greatest directorial touches.

5) In the public hanging scene, which according to jihads is justice done to a sinner. Almost everyone wears a white Taqiyya (worldly called as Muslim caps) or imama in Arabic. except for Wisam,who wears Black taqiyya; Black signifies sadness,but however it signifies evil,according to Koran and Bible. One can relate what director is trying prove by wearing the black cap at the so called justice done to the sinner.They don't give justice to sinner,instead they're doing the sin (Evil activities) in the name of justice.

6) The little boy is ambitious about becoming a doctor,but Omar restricts him to be a Jihad as his brother Mammu; Wisam (Kamal) swings the little boy on the swing board,but the boy says “I am not a child" and walks away from the swing,but his elder brother asks Wisam to push the swing,and he enjoys the swing by closing his eyes against light,though the light falls on him,he ignores to accept it by closing his eyes. Proving the difference between a matured little boy,and immature grown up brother.Reason is obvious...

7) Pigeons roam beside the mosque or tomb in the film.When Omar walks beside the mosque he walks against those pigeon, symbolizing that Jihads hate peace,and hence they kick pigeons with their foot.Since,pigeon is a metonymy for peace.

8) During the Public Hanging scene,there are lots of people observing the death of Nasir.During the hanging,Omar eats something and feeds a Pigeon (It symbolizes Omar's feeding his thoughts to good Muslims).Omar sits beside 2 pigeons on his right side with a Gun,and on left side Nasir's mom cries out of depression and curses Omar and his men,Omar had the option to choose between Peace (Pigeons) and War (Gun),but still he chose to pick up the gun..

9) The scene where sheik is introduced to wisam,one could notice the red roses behind them,and when a jihads car come near by the roses seem to be very red,but when the cars passed the rose,it became dark since there ain't any light to see the light up the red color of the roses,logically and scientifically the scene is justified,but what the director has tried to portray his,anything may turn dark when a jihad passes by.Good Muslims may turn dark/evil when they come across a jihad.

10) When Deepak questions Wisam about his religious faith, his wife says "Avar ADHU dhan" it’s quite obvious that she ain't comfortable with the name of the religion and hence addresses as ADHU rather dhan Islam. She had hated Vishwa,even before she didn't know he is a Muslim,but she starts to love him when she knew he is a Muslim.The scene when Kamal walks down the stairs with black leather jacket, Nirupama admires him,and so the pleasant BGM goes instead of Thunderous mass BGM which most of us would have expected when Kamal walks down. She hated him when he was a Brahmin and now he is a Muslim and she loves him.I guess director Kamal tries to prove Love > Religion

11) When the director introduces the detective Peter, Peter leans on an advertisement hoarding that says "Americas Most Favorite", explaining CIA and detective agencies of US which is being US’s most favorite from Director’s point of view.

12) In the news Obama says that Laden is killed praising America while below the news is "Petroleum hike by 3%" and on the right side "WORLD ALERT". Self-explainable. LOL

13) Some scenes show 2 sided statue is shown in the movie. One side being a man and another a woman. While the first song the statue is placed against a mirror, the camera shows the mirror and the statue. One can see both the faces of status in the same frame,
and again in the end once Kamal's boss says that he is the only live agent,and the status is shown both the sides. 2 sides of one statue and 2 sides of Wisam. Represents the role of Wisam in the movie as double agent.

14) At the last minute of the movie, director shows how Wisam enters the territory of Al Queada by landing/dropping from a helicopter. According to Islam half-moon ain't really related to the Koran,however some Muslims started using it as symbol of Islam.In fact Islam is against using such symbols;The crescent is mentioned in the Koran as the non-Muslims. Haj-Koran 2:189.However,some Muslims believe, crescent moon is coming of second son,and also representation of new day, as according to Islam and Jewish a new day does not start by sunrise,but at sunset. A crescent comes after sunset,while Kamal Hassan falls from the sky entering Al Queda territory a crescent moon is seen, so you can connect to the previous 2 sentences :) Symbolizing start of new day or start of new Muslim era in this Muslim hated world. As Wisam is an Indian Muslim Raw agent,and saves 1000's of lives in the movie,proving worth of Muslims to this world. If I were a Muslim,I would thank Kamal Hassan,and would not protest.

Finally film ain't an Anti-Muslim, its Pro Muslim :) This movie has been taken to prove ,good Muslims are overshadowed by many things,and most of the times are swept away with odd things around this world. I would say this movie as a tribute to Muslims.So has he proved through this movie? Well audience gotta understand the movie to answer this question.

According to me Viswaroopam's one of the greatest cinematic achievements,not only in the Indian cinema,but also in the world cinema.

This film has clearly explained the differences between a jihad and a Muslim.

The best Muslim friendly film ever made.

We're able to trace out only these much interesting things from the film,but think How much things Kamal sir would have buried in this film.

We gotta dig deeper,or in other words We gotta watch it for N number of times,to get all the details/things from the film.

Overall it's a tribute to peace loving Muslims 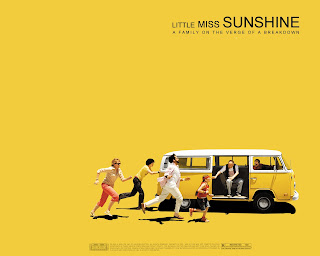